What’s So Cool About Manufacturing 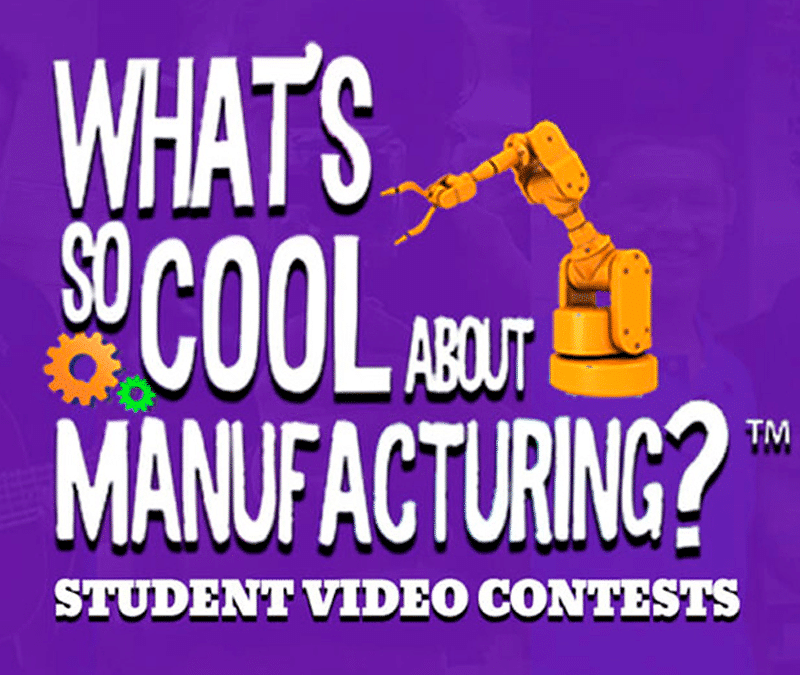 What’s So Cool About Manufacturing

In Pennsylvania, manufacturing accounts for over 500,000 jobs, however, statistics show that between 2015 and 2025, there will be a significant increase in job openings due to a growing manufacturing skills gap. The Manufacturing Resource Center (MRC) developed the “What’s So Cool About Manufacturing” contest in 2013 as a solution. Now in its 6th year, the annual contest challenges groups of students with visiting local manufacturing facilities and answering the question of what’s so cool about manufacturing, through a short two-minute documentary-style video.

The goal of the contest is to foster a strong talent pipeline by changing students preconceived notions on manufacturing and introduce them to exciting career opportunities within the science, technology, engineering, and mathematics (STEM) disciplines. The program teaches students the fundamentals in project management and allows them to develop a skill set in video editing through the use of editing software, all while under professional guidance.

Viwinco and the What’s So Cool About Manufacturing Contest

This is Viwinco’s first year for being a contest sponsor as well as a participating manufacturer. Assigned to us were some incredibly bright 8th grade students from Twin Valley Middle School, led by their teacher-coach, Ms. Woomer. In November of 2018, the students visited our Morgantown, Pennsylvania facility to begin filming their documentary. The day began with Viwinco President, David Barnes, giving the students a brief introduction to Viwinco. David then provided an overview of the products we manufacture and an industry outlook. Afterwards, a brief Q&A session opened up between the students and Viwinco staff. With a plan in mind, David led the group on a tour of the facility.

The first stop on the tour was our Research and Development Center. The students were introduced to one of our OceanView impact-resistant double-hung windows, which had been set up at our testing wall. They then conducted a Missile Level D impact test, by launching an 8ft 2×4 from a cannon at 50 ft/sec at the window, which simulates a windborne projectile that may be present in an extreme weather scenario such as a hurricane. Afterwards, we traveled across the street where the group observed an OceanView window being manufactured from start to finish.

Impressed by the intricate machinery and level of detail behind every step in the manufacturing process, the students listened intently while capturing the process on video. One of the challenges the students had to overcome was to find creative ways to integrate a small “What’s So Cool About Manufacturing?” card throughout their video. Throughout the clip, you can see some of the fun and creative placements the students came up with! After the tour, the students went back to class to begin working on their documentary. The class planned for a second visit to Viwinco for the end of December.

After returning with many questions, the students requested to interview representatives from different areas of the company. We had the students conduct interviews with David Barnes, Customer Service Manager Angie and one of our Line Supervisors Agatha. After a day of interviewing and gathering additional content, the students returned to class where they began finalizing their project.

Voting for What’s  So Cool About Manufacturing

With 35 schools participating in this year’s competition, the Berks-Schuylkill contest is the state’s largest competing district. The voting polls will be open from February 27th – March 1st and are open to the public. Make sure to visit this link and vote for our students at Twin Valley on February 27th! The winners will be announced on March 5th at the DoubleTree by Hilton Hotel, in Reading, Pennsylvania.