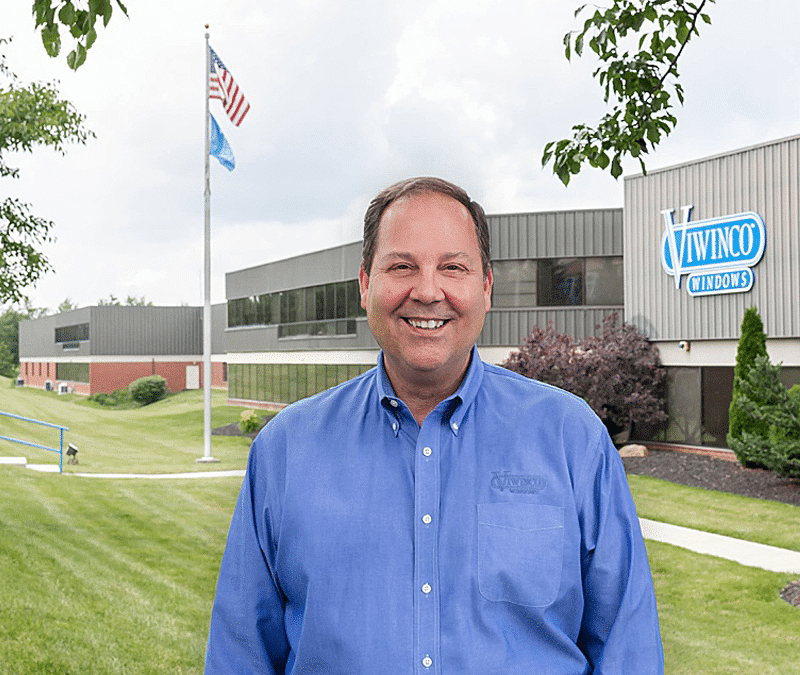 When it comes to Viwinco, not many people are more familiar with the company or products as Lou DeLuca. Having achieved an impressive milestone of 36 years with the company, he currently operates as the Northern Regional Sales Manager. Lou’s career spans nearly the entire history of the company in which he has been a part of almost all facets. His hard work, dedication and team-player mentality has led him to become well respected within Viwinco, as well as the industry. We recently sat down with Lou to discuss his journey with the company.

How did you first get involved with Viwinco?

I was 22 years old and fresh out of college, working a job in the computer science field, when my father introduced me to one of his friends Jack Barnes (Co-Founder of Viwinco). I always enjoyed hands-on work and was looking for a new opportunity. Jack instructed me to contact Viwinco Plant Manager Mike Duncan, and I began work with Viwinco the following week in Edgemont, Pennsylvania.
My first position was what you would call a “Spinner”.

At that time, the windows were fastened by screws opposed to being welded as they currently are.

The Spinner’s job was to put the marine glazing around the insulated glass, set the sash profiles over the marine glazing and then screw the sash together. Soon after, I began working in final assembly and it wasn’t before long that I developed the skillset to work every position in the manufacturing process.

Being one of the first employees of Viwinco, what were your impressions of the company?

Though the company had just started, the Barnes family had a wonderful reputation and were well respected within the industry. I was eager to work and saw great potential for growth within the company. One thing that stood out early on, was all the hard work and effort that was put in, was acknowledged and appreciated. There was a strong familial presence in the company, and as time went on, I began developing better relationships with those around me. I realised this was the company I wanted to build a career with.

How did you transition from manufacturing to sales?

I worked extensively through all points of production and became very familiar with our products. As Viwinco continued to grow, the need for a dedicated service technician became apparent and I became the first Viwinco service technician. Frequently meeting distributors face-to-face, I often found myself selling them on Viwinco products. Shortly after, I transitioned to an outside sales role serving Eastern Pennsylvania along with the company’s first salesman and current owner, David Barnes.

What were some of the obstacles you faced when becoming a salesman?

Initially, I did not have any formal sales training. I was able to overcome this by having extensive product knowledge. My confidence in the Viwinco product and outgoing personality also helped me transition into sales.

In what ways has the industry changed?

The industry has changed significantly since the beginning of my career. One of the key contributors was the standardization of the internet and easily accessible information. Customers are now able to research and compare products before even walking into a distribution site.

The order intake process – manually done in the past – has been revolutionized by modern quoting software. Customer orders can now be quoted and submitted in just a few minutes. As a result, orders are more accurate and lead times are shorter.

What are some of the biggest challenges you face as the Northern Regional Sales Manager?

There are a lot of new faces in the Northern salesforce. One of the ongoing challenges I face is being able to guide and mentor my team by sharing my experience and enforcing the Viwinco philosophy. With this comes the challenge of identifying each person’s strengths and weaknesses. There’s no one-size-fits-all approach for every sales rep and territory. You can’t take a model and force it on someone. You need to take that model and work with them (sales reps) so that they can develop their own approach.

What is the most important lesson you learned at Viwinco?

One of the most important lessons I learned while working for Viwinco is the importance of building relationships.

I frequently tell my team that when you go to visit a distributor, it is a business trip, but that doesn’t mean it always has to be about numbers. To develop a successful partnership, it is imperative that you build relationships with all people at a distribution site. As you grow your relationships, they will become more comfortable in communicating their problems, and you can work to develop solutions for them.

What do you believe is your greatest accomplishment with the company?

Over the span of my career, I have been fortunate enough to have many proud moments. It is difficult to name a single accomplishment as the greatest. My proudest moments are when we experience growth within the company and knowing that I was part of that.
Additional proud moments are seeing a sales rep sell jobs because you educated them on the products, or resolving a homeowner’s issue turning their Viwinco experience from a negative to a positive.

Another significant accomplishment was when we emerged from the housing market crash. Prior to the crash, we manufactured windows for CertainTeed. When the crash hit, you often heard of manufacturers being bought up by larger companies or closing their doors indefinitely. CertainTeed was no exception to this as they decided to close their window business. Rather than closing down as other companies had, Viwinco persevered and developed their brand of windows. It was a difficult time.  It is gratifying to think of how things were back then and to see where we are today.

What are some of your hobbies outside of work?

I have always been a family person. When I am not working I enjoy spending my free time with my wife and two children.

Always do what you say you are going to do and do it to the best of your ability. Make sure to treat others the way you would like to be treated, and all good things will come naturally.