Low-E Glass: What is it and Why Your Windows Need it 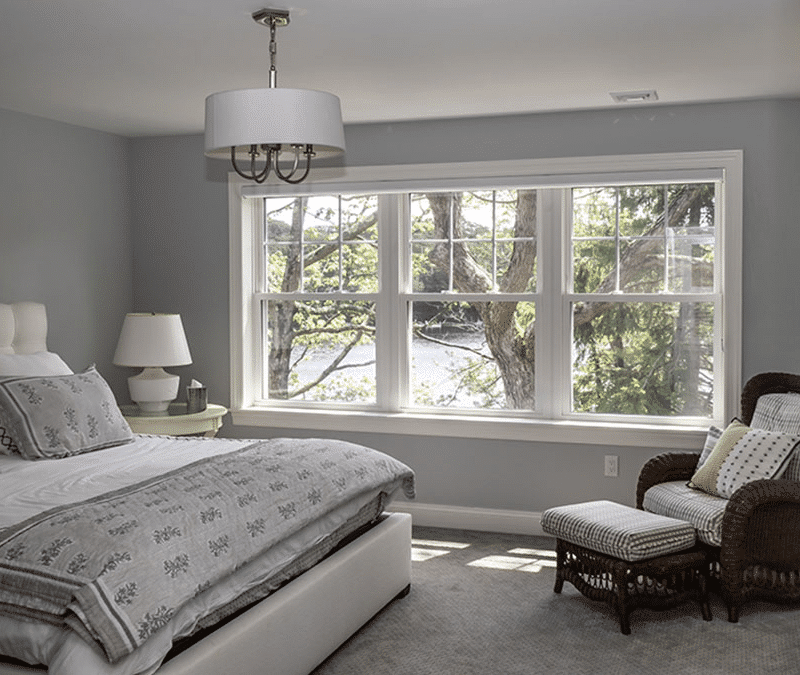 Low-E Glass: What is it and Why Your Windows Need it

A low emissivity (Low-E) coating is a microscopically thin metallic layer. When applied to a glass lite, it can enhance the window’s thermal performance through filtering different solar energies on the solar energy spectrum.

UV energy is one of the most dangerous forms of energy present in the solar energy spectrum and is invisible to the human eye. It is responsible for causing sunburn and the fading of interior fabrics such as furniture and carpets. Fortunately, a majority of the most harmful forms of UV energy are absorbed by the ozone layer in the earth’s atmosphere.

Visible light lies in the middle of the solar energy spectrum and as the name suggests, is visible to the human eye in the form of colors.

Infrared energy occurs at the opposite end of the solar energy spectrum as ultraviolet energy. It is invisible to the human eye and is perceived as heat.

How is Low-E Glass Created?

A process known as Magnetron Sputter Vacuum Deposition (MSVD) or “soft coat,” emerged in the 1980s and has been continually refined. In MSVD, pre-cut glass sheets are loaded onto a conveyor where they are washed and passed through a series of vacuum chambers at room temperature. The vacuum chambers deposit microscopically thin layers of metal oxides onto the glass and are fused to the glass with an electric charge. The resulting Low-E coat boasts impressive thermal performance but is referred to as a “soft coat” due to its fragility.

How Do Low-E Glass Coatings Work?

When discussing the functionality of Low-E coatings, it is important to differentiate the two different kinds of Low-E glass: passive Low-E and solar control Low-E.

Passive Low-E coatings are designed to maximize solar heat (infrared energy) and visible light into the home while limiting ultraviolet energy. It is used in glass packages designed for northern climates as it reduces the homeowner’s reliance on internal heating to warm the home. Passive Low-E coatings function best when applied to the glass lite furthest from the sun. In a double glazed insulated glass unit (IGU) the Low-E is typically on the 3rd or 4th surface.

Solar Control Low-E coatings are designed to limit both solar heat (infrared energy) and ultraviolet energy while maximizing visible light. It is commonly used in southern climates as it helps keep the home cool, reducing energy consumption related to air conditioning. Solar control Low-E coatings function best when applied to the glass lite closest to the sun. In a double glazed IGU, the Low-E is typically on the second surface — facing the air space in between the glass lites.

When determining the Low-E glass thermal performance, a couple of metrics are measured.

The U-Value measures the rate of heat transfer and indicates how well the window insulates. The numbers range from 0.25 – 1.25, and the lower the number, the better it performs at keeping heat inside. In relation to the U-value, the R-value is used to measure the product’s resistance to heat transfer. The R-value is calculated by finding the reciprocal of the U-value (R-value = 1/U). Lower U-Values will always correspond with higher R-Values and vice versa.

The solar heat gain coefficient measures how well a product resists solar heat gain. This number ranges from a scale of 0-1 and the lower the number, the better a product is at resisting solar heat. Lower numbers also generally correlate with lower costs when cooling your home.

How Does Low-E Glass Benefit Homeowners?

In addition to the energy efficiency benefits, Low-E glass also prevents discoloration of fabrics and furniture by blocking ultraviolet energy from entering the home.

Advancements in the fenestration industry have reshaped the way we think of windows and doors. Not only are they a means to view the inside and outside of the home, but they are also a crucial component when considering the overall energy efficiency of your home. When deciding on windows for your next build or remodel, be sure to discuss which Low-E glass package will work best for you.