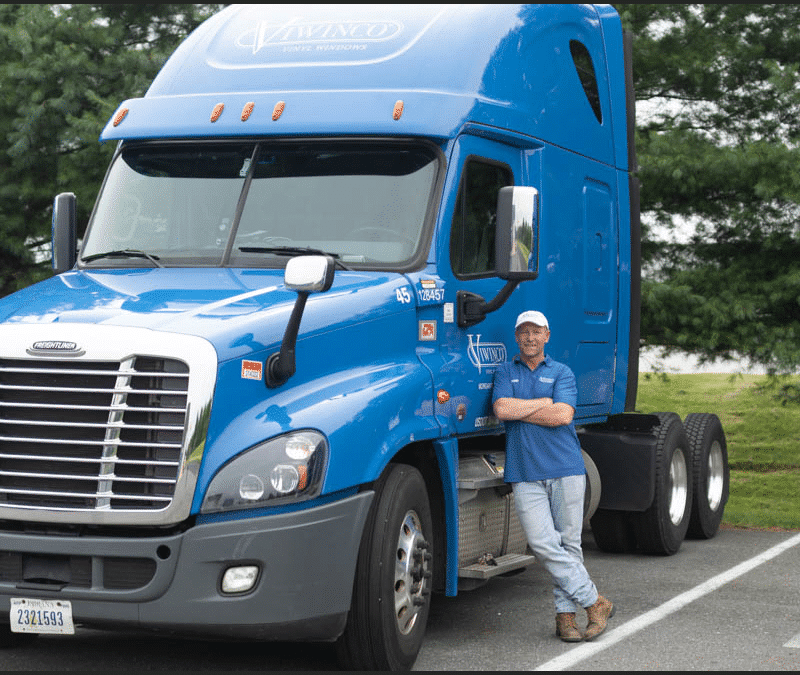 It was a cool dry morning on July 12th 2018, around 2 AM, when a tragic car accident occurred on the PA Turnpike between Morgantown and Reading. Involved in the accident were three men heading westbound in a Hyundai Sonata when they lost control of the vehicle and flipped over.

At approximately 2:20 AM, Viwinco Driver, Dennis, arrived at the scene and took a decisive action to block off the turnpike – a decision which likely saved many motorists that night. Impressed by the heroic actions of one of our drivers and moved by the emotional voicemail left by another truck driver, we wanted to sit down with Dennis to hear his side of the story.

The Morning of the Crash

Beginning his typical 8-hour drive from Morgantown, Pennsylvania to Millersburg, Ohio, Dennis left Viwinco around 2:00 AM and pulled onto the PA Turnpike when he noticed an overturned car emerging from the pitch-black darkness. He drove approximately a football field’s length past the wreckage and pulled his trailer off to the side of the road, making sure to avoid causing additional accidents.

He got out of the truck and sprinted up the road to see if anyone was still in the car. Frantically calling out to anyone in the car, he saw three men emerge from the car and stand by the median. Dennis yelled out to the men to get off to the side of the road as he dialed 911 and ran back to his truck to get his road triangles to alert other motorists of the accident.

As he was heading back he noticed one of the men going back to the overturned car to presumably get a cell phone from the wreck. As he yelled out to the man to step away from the wreck, he noticed another tractor trailer emerging from over the hill. Due to the location of the accident and the poor lighting, it was likely the driver did not see the accident until it was too late. Unfortunately, the driver could not stop in time and he struck the overturned car, killing the 25-year-old man from Brooklyn, New York. The other two men who were in the Hyundai have fled the scene and have not been identified. Dennis then proceeded to set up his warning triangles and closed off the road, preventing additional accidents from occurring.

An Exclusive Interview with Dennis

Our interview with Dennis was conducted two weeks after the accident. Upon arriving at the scene of the crash, many things were going through Dennis mind that led to him stopping. “My initial thought was this crash was in such a dangerous spot. I would have crashed into the overturned car if I had been in the left lane.

As there weren’t responders already at the site, I figured the crash may have just happened. I was worried there may be children or adults still in the vehicle so I drove further down the road and parked the car to secure the company property from a potential crash. My first priority was to check if there were people still in the car and then when I saw the men emerge it was to tell them to move to safety, alert emergency responders and close off the road.”

Having 25 years of commercial truck driving experience, he assessed that the overturned vehicle was prone to further collisions based on the location and time of day. When asked if he has had any formal training that could prepare him for this situation he stated “Having been on the road for so many years, I have seen many accidents. Though I have not had any formal traffic control experience I knew the limitations of these trucks and saw a much worse accident happening if one came up in that lane. My 5 years of experience in the Navy is likely what lead me to slow down and take control of the situation.”

Dennis went on to say “I keep thinking about the situation and if I could have handled it any differently and the hardest part is the young man who lost his life. I wish there was something I could have done differently to change the situation’s outcome and I just feel bad for him and his family. He was only 25 years old and made one bad decision and now he is not going to be able to go home to his folks. We all get to get up in the morning and this poor kid made one bad decision and sadly it cost him his life”.

Dennis also wanted to point out that he feels the truck driver who hit the flipped car should not be harshly criticized. “I don’t think it’s fair to condemn the driver who hit the flipped car. The accident was in such a dangerous spot that when you’re coming around that bend, you wouldn’t see the accident until it is already too late. If I had not been in right lane, there is a good chance I may have crashed.”

The driver that informed us of Dennis’ actions that morning, the staff here at Viwinco and many others are considering Dennis a hero for the actions he took that morning, but when asked what he thinks of this he humbly stated — “I don’t think I’m some sort of a hero or anything like that – I’d like to think that somebody else would do the same thing”

Dennis began his route that day at 2 AM and encountered the accident moments later. After alerting emergency responders, securing the turnpike and alerting drivers of the accident, Dennis went on to continue his 8 hr drive as he normally would. Here at Viwinco we have an ideology in which we feel so strongly about that we have it printed on the backs of our team shirts that says “Think Safe, Work Safe, Be Safe”. Dennis went out on the road that morning with this ideology in mind and shared it with all motorists on the PA Turnpike, and we are extremely proud of the actions he took that day and to have Dennis as a Viwinco driver.

Dennis has since been granted the July Viwinco Safety Award and prize for his actions as a safe driver and with that a paid day off for his birthday! We will also be nominating Dennis for the Red Cross Hero Award for Berks County when the submissions reopen. When asked if he has any advice for motorists on the road he said, “Just try to be courteous and kind to one another out there”.