Dogfish Dash 2017: Running for a Cause

Drinking for a Good Cause 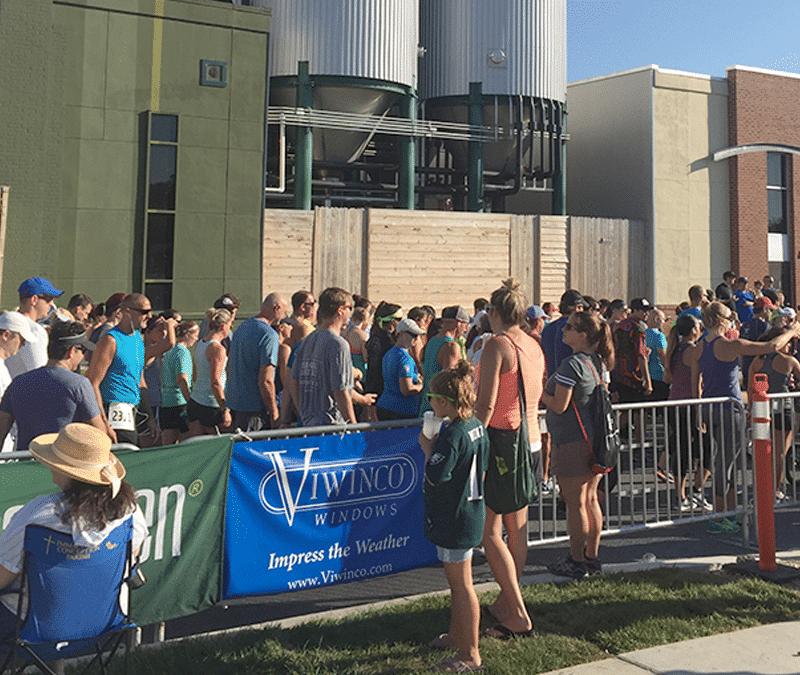 Dogfish Dash 2017: Running for a Cause

Dogfish Head, located in Milton, Delaware has been one of the fastest growing and largest craft breweries in America. We have been selling windows to the state of Delaware since we first opened our doors and we wanted to give something back!

The Dogfish Dash is a race through historic Milton that starts and finishes at the Dogfish Head Brewery. The 2017 Dogfish Dash took place on September 24th and there were 3,000 registered runners and 2,463 completed the race. All runners received a beer once they cross the finish line! If that isn’t a good reason to run than I don’t know what is!

Beer & Benevolence is the philanthropic branch of Dogfish Craft Brewery. Dogfish Dash is the largest event that they organize every year. Since 2006 Dogfish Head has been “running for nature”. The original beneficiary in 2006 was The Ocean Conservancy and just over 200 runners came out to support. In 2007, they changed the beneficiary to the Nature Conservancy.

Since 2007, the Dogfish Dash has generated over $499,500 dollars for the Delaware Chapter of The Nature Conservancy. This year’s check for $145,000 was donated to the Delaware chapter of The Nature Conservancy, the largest donation since they began the dash! We enjoyed some beers and during the race had the pleasure to watch a performance from Cooler Heads. The festivities continued after the race with a costume contest and the award ceremony.

Sam Calagione, founder and president of Dogfish, has made beer making his life’s passion! When deciding on where to start his brewery he settled on Delaware which at the time was one of six states that did not have its own brewery. To make a long story short Delaware had to change its archaic Prohibition-era law for Dogfish to open its doors. Good thing that they did! In 2010, The Discovery Channel created “Brew Masters” a weekly television series. The show focused on Sam and his staff as they searched the world for new, ancient, and imaginative inspirations for beers.

It feels great to support such a worthy cause; the Delaware Chapter of the Nature Conservancy consists of The McCabe Nature Preserve, The Pemberton Forest Preserve, and The Ponders Trails Systems. They have conserved 30,000 acres of critical habitat in Delaware since 1990. They work across all 50 states and all over the world to preserve nature for future generations.

Conserving the lands and waters on which all life depends`` Every acre we protect, every river mile restored, every species brought back from the brink, begins with you. Your support will help make a lasting difference around the world in 72 countries.